The commission came from an Indonesian YouTube sensation called Den Dimas. He’d previously reported on a KTM build from Thrive, to great effect. He sat down with Thrive to discuss modifying one of his motorcycles—without any cutting of the main frame. He wanted his new 2019 Royal Enfield Himalayan to be able to go back to original condition in the future, without huge effort.

Thrive figured that a Dakar-inspired build would play nicely with the Himalayan’s inherent lines. The guys are adept metal-shapers—but this time they decided to 3D print molds to shape fiberglass parts that could bolt on easily.

"Royal Enfield designed the Himalayan to be simple and affordable, with an air-cooled 411 cc single, and little more than ABS on the tech side. So it’s basically the antithesis of the modern-day dual sport. And it’s ripe for customization too—as Thrive Motorcycle has just proved with this rally-inspired rendition of the Himalayan" -BikeExif 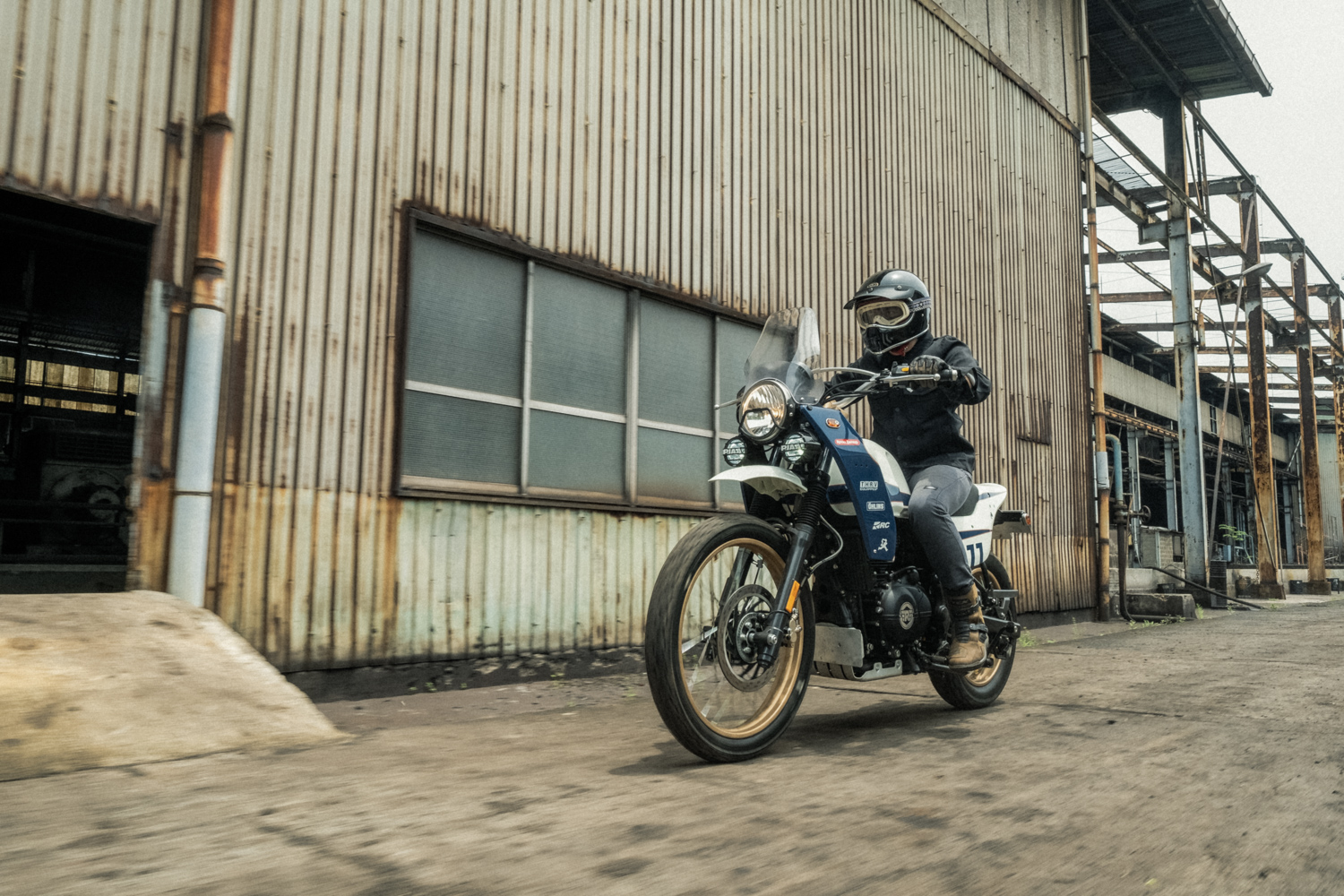 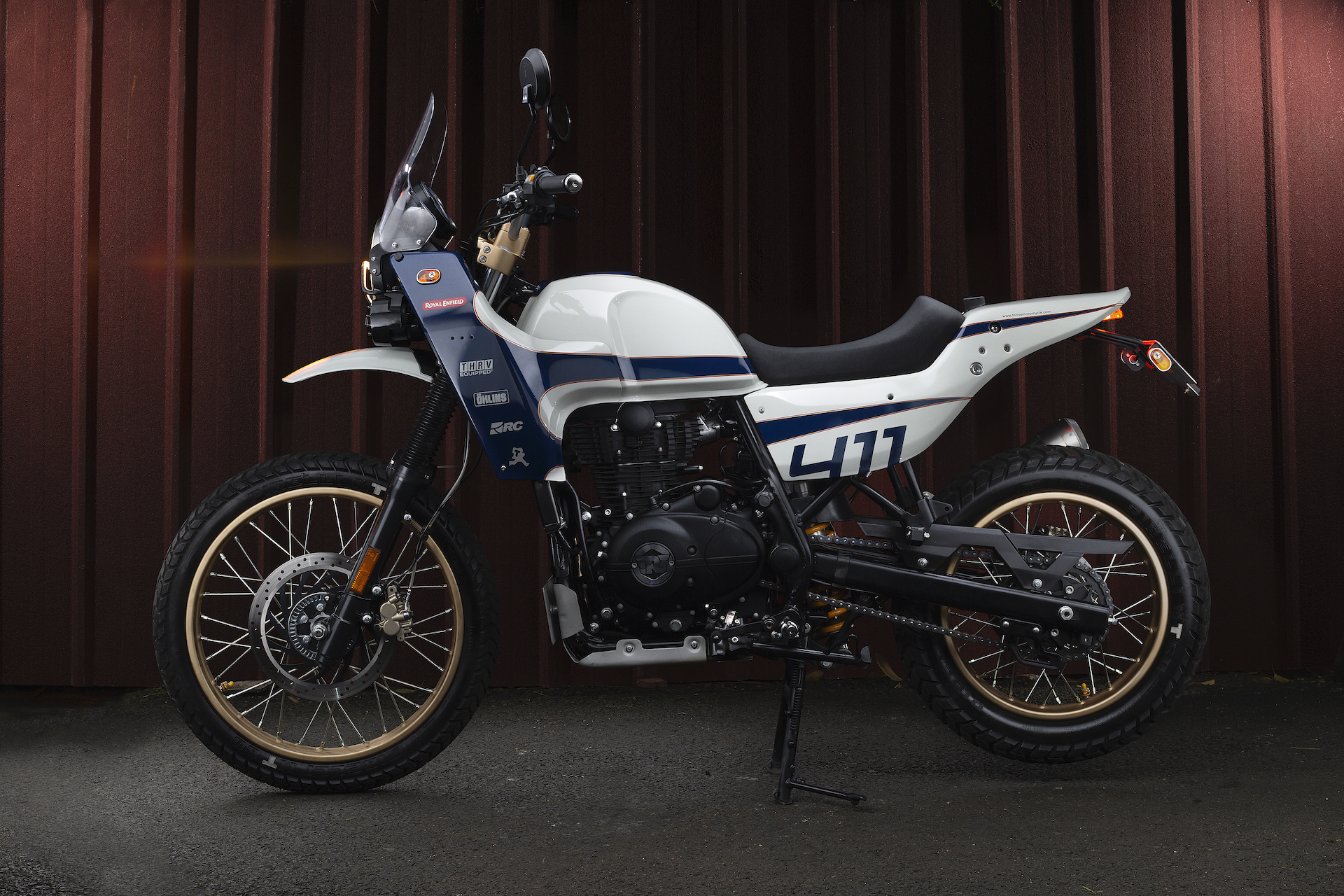 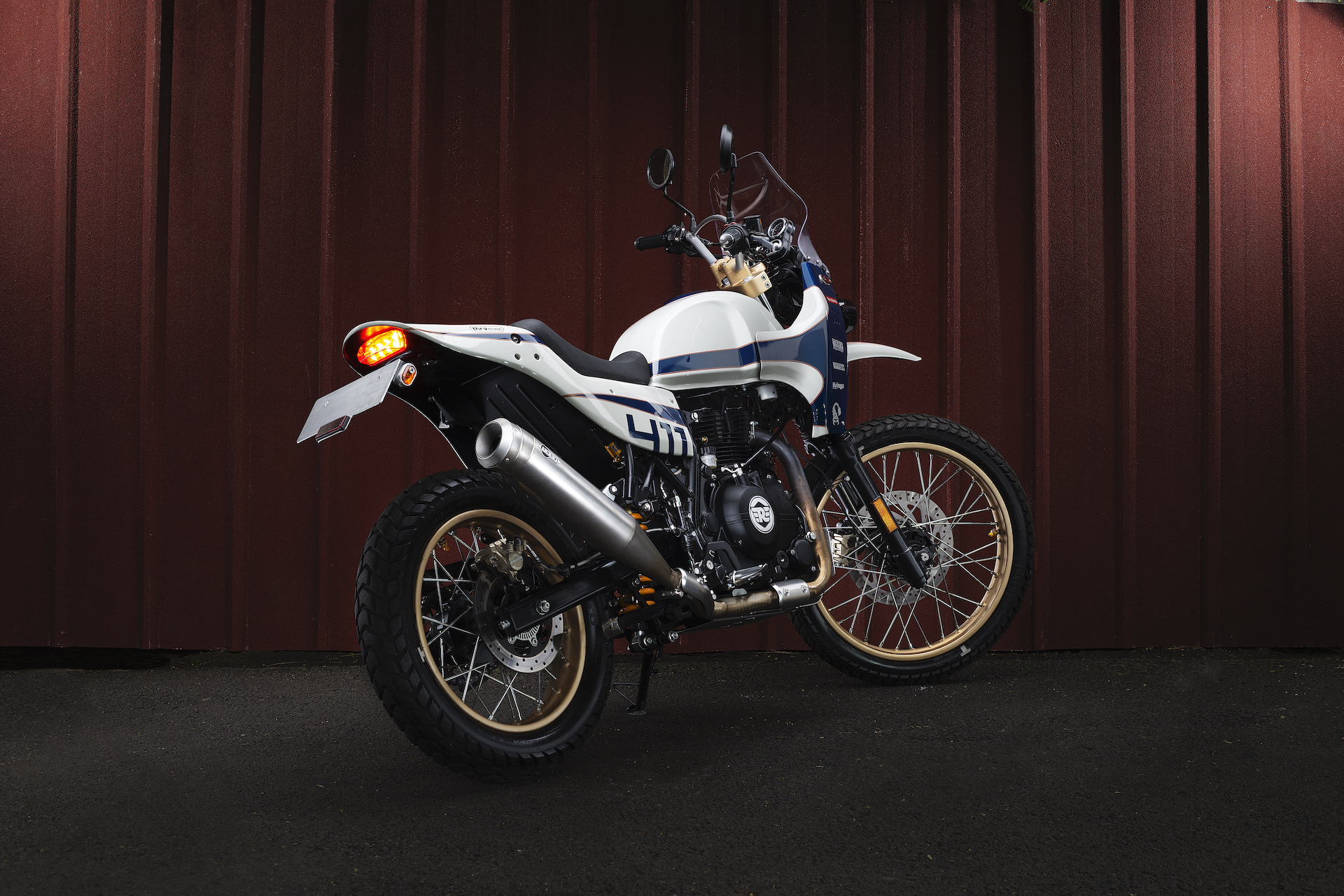 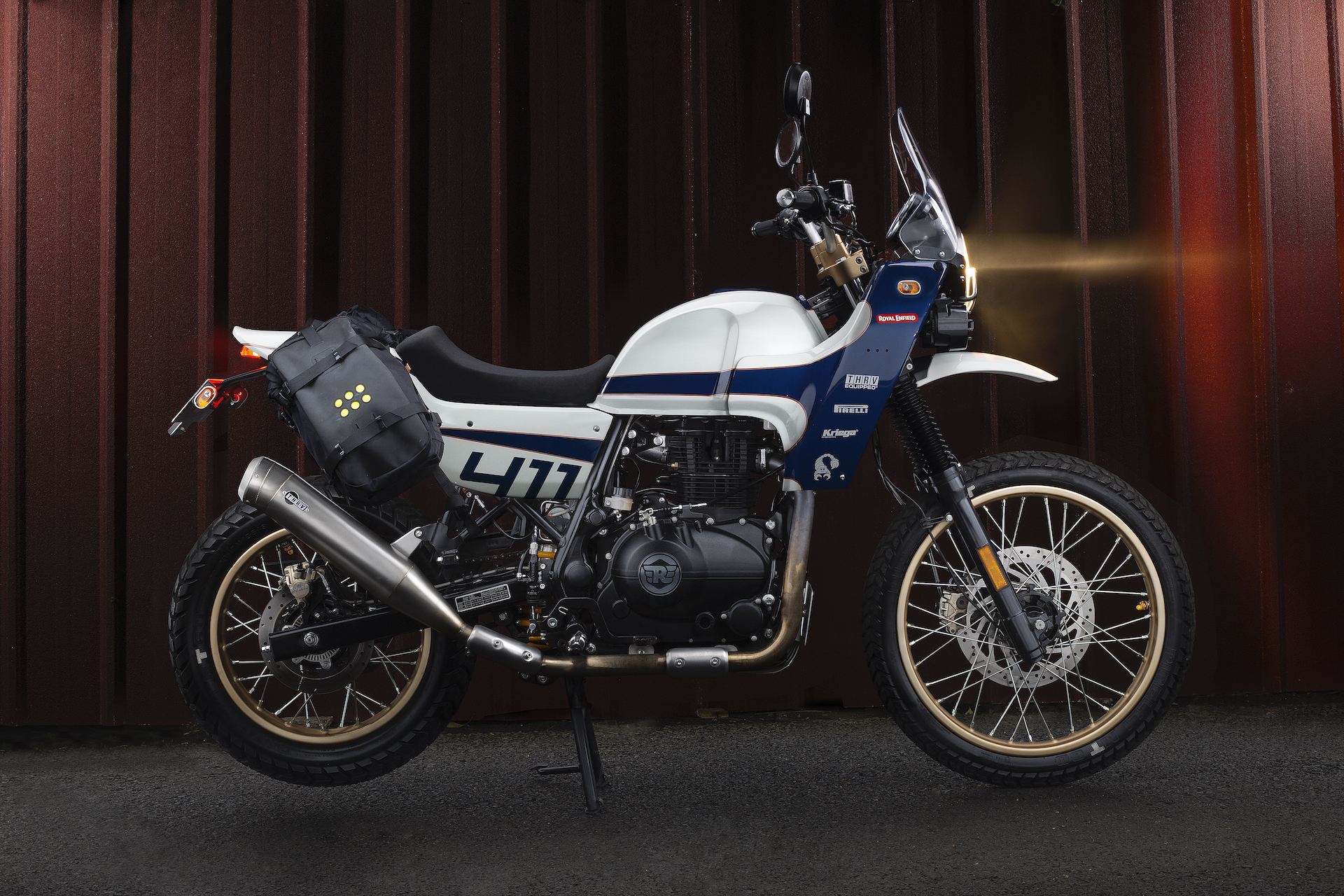 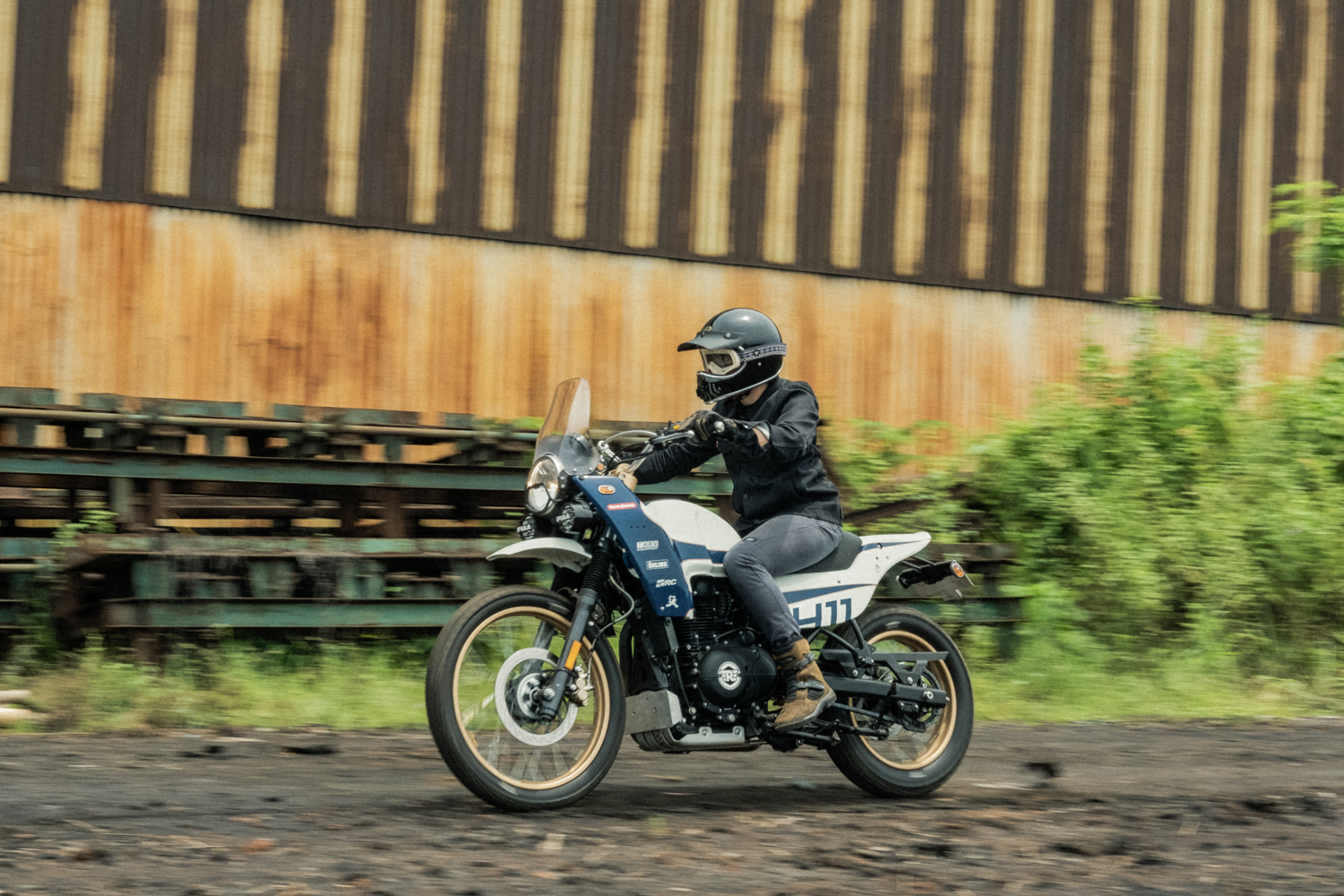 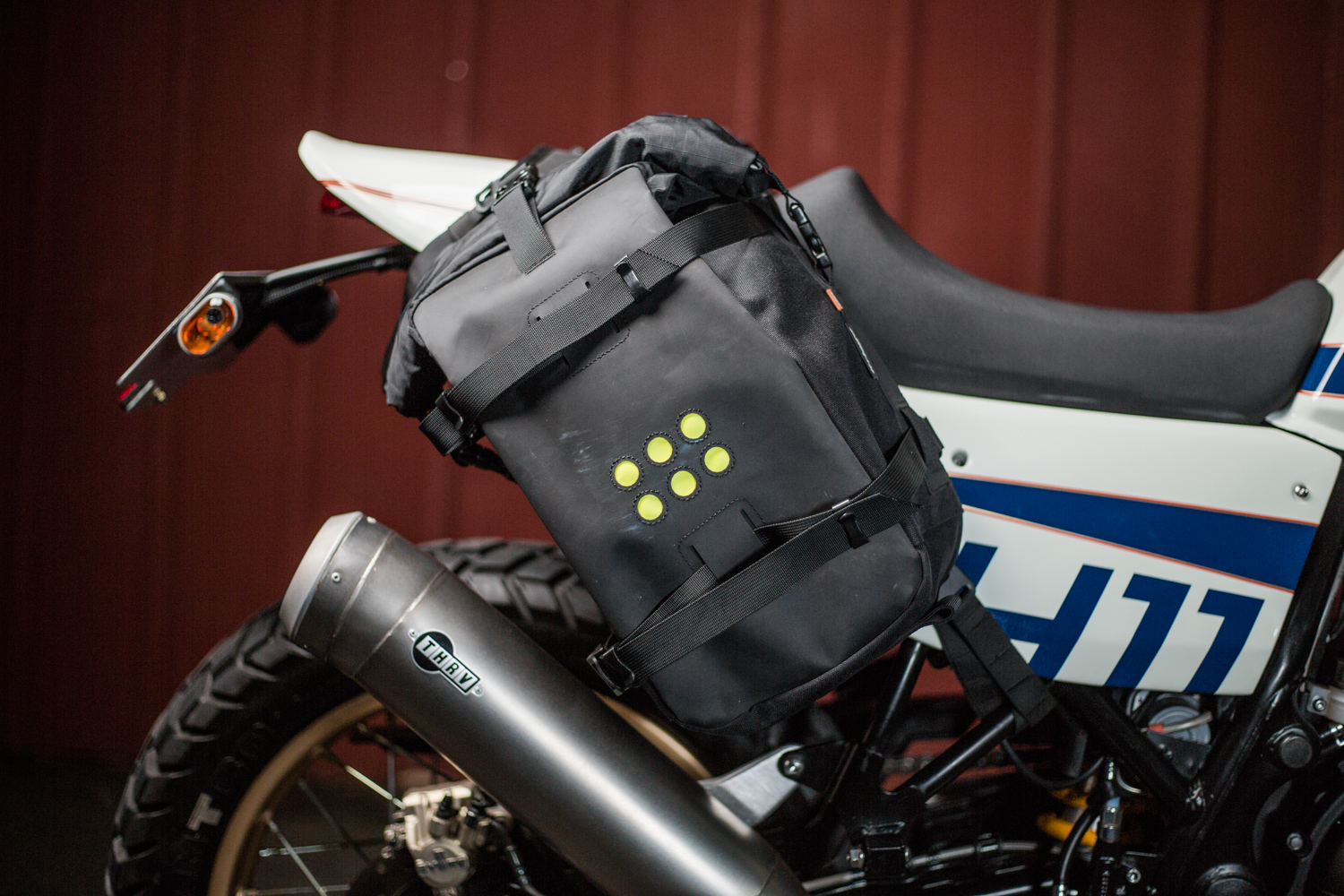 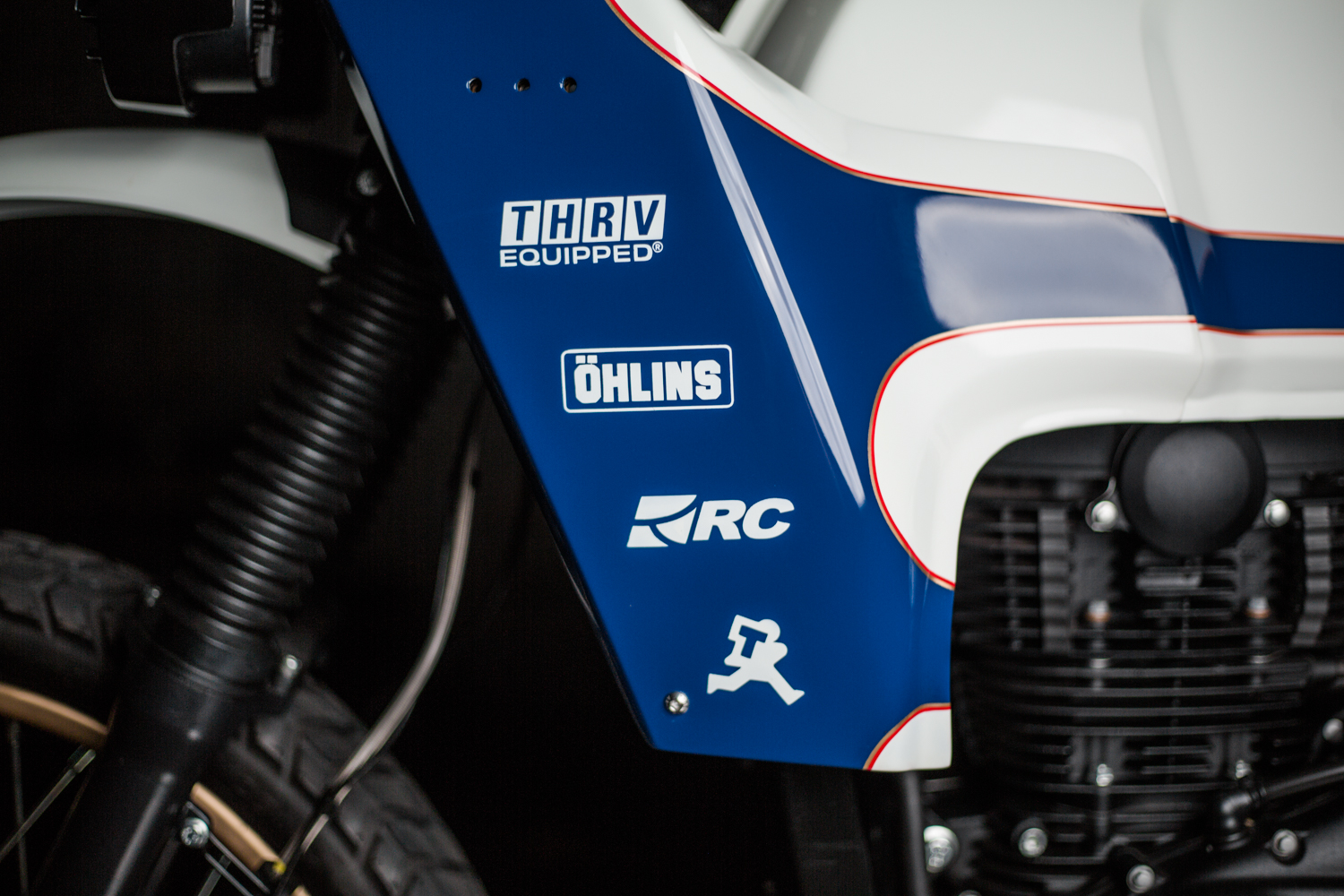 The new bodywork is fiendishly simple, but has a big impact. Up front is a pair of side fairings, designed to tie the Himalayan’s fuel tank and windscreen together. Out back is a one-piece unit that incorporates side panels, a seat pan and a rear fender. 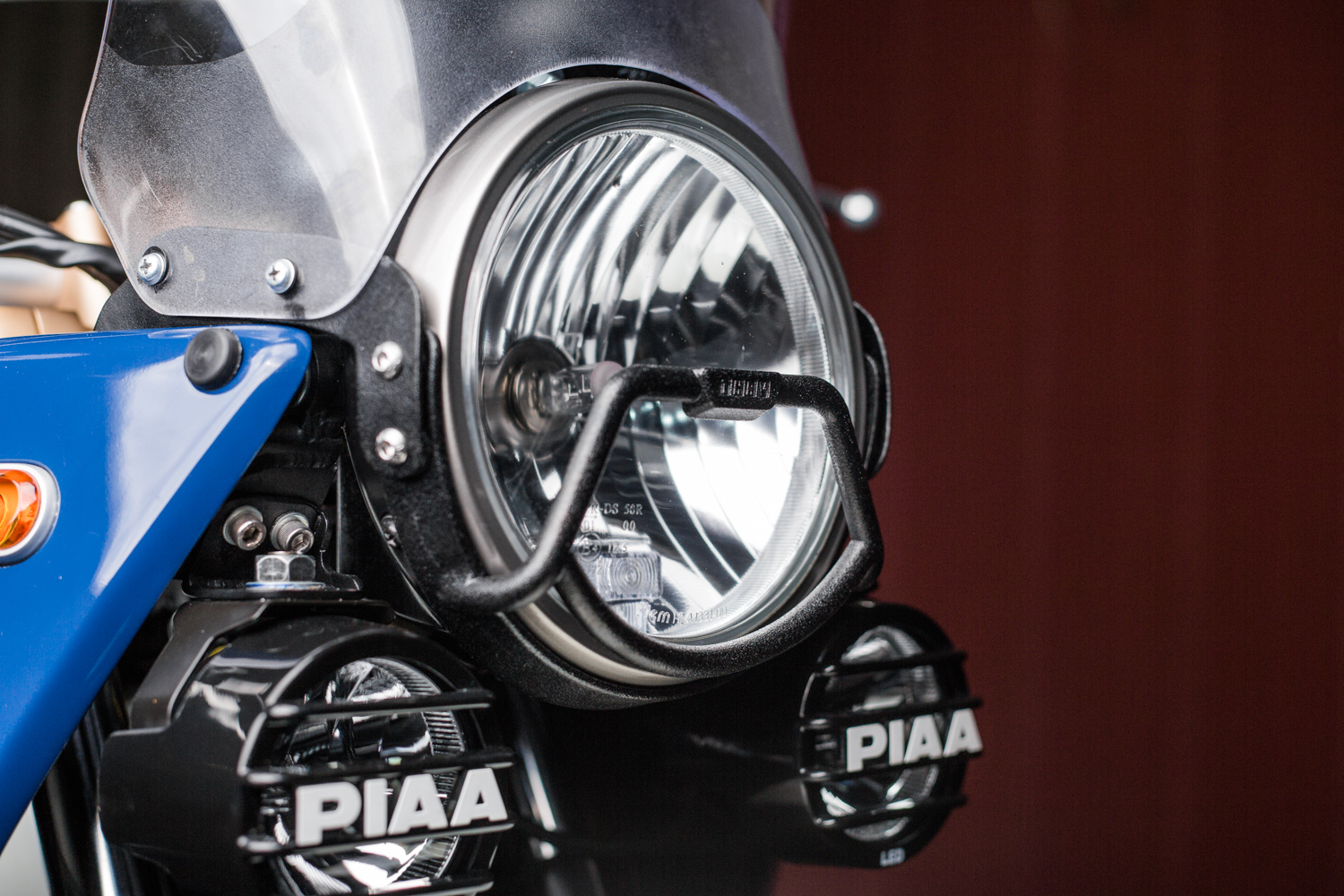 Thrive also designed and 3D-printed new headlight mounts, and added a pair of PIAA spots. There’s also a hidden cover at the rear, to keep debris out of the under-seat area, and a custom-made aluminum license plate bracket. 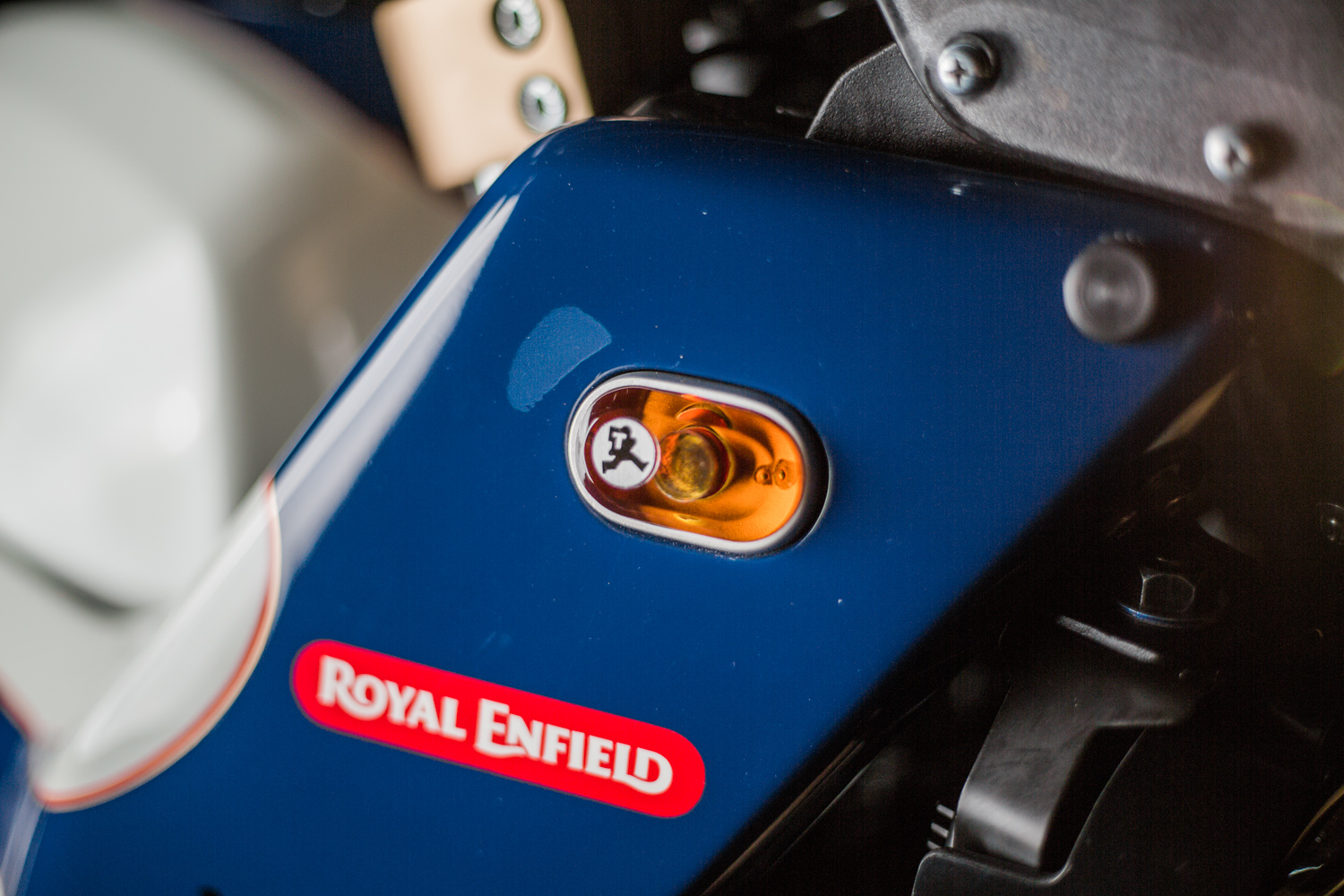 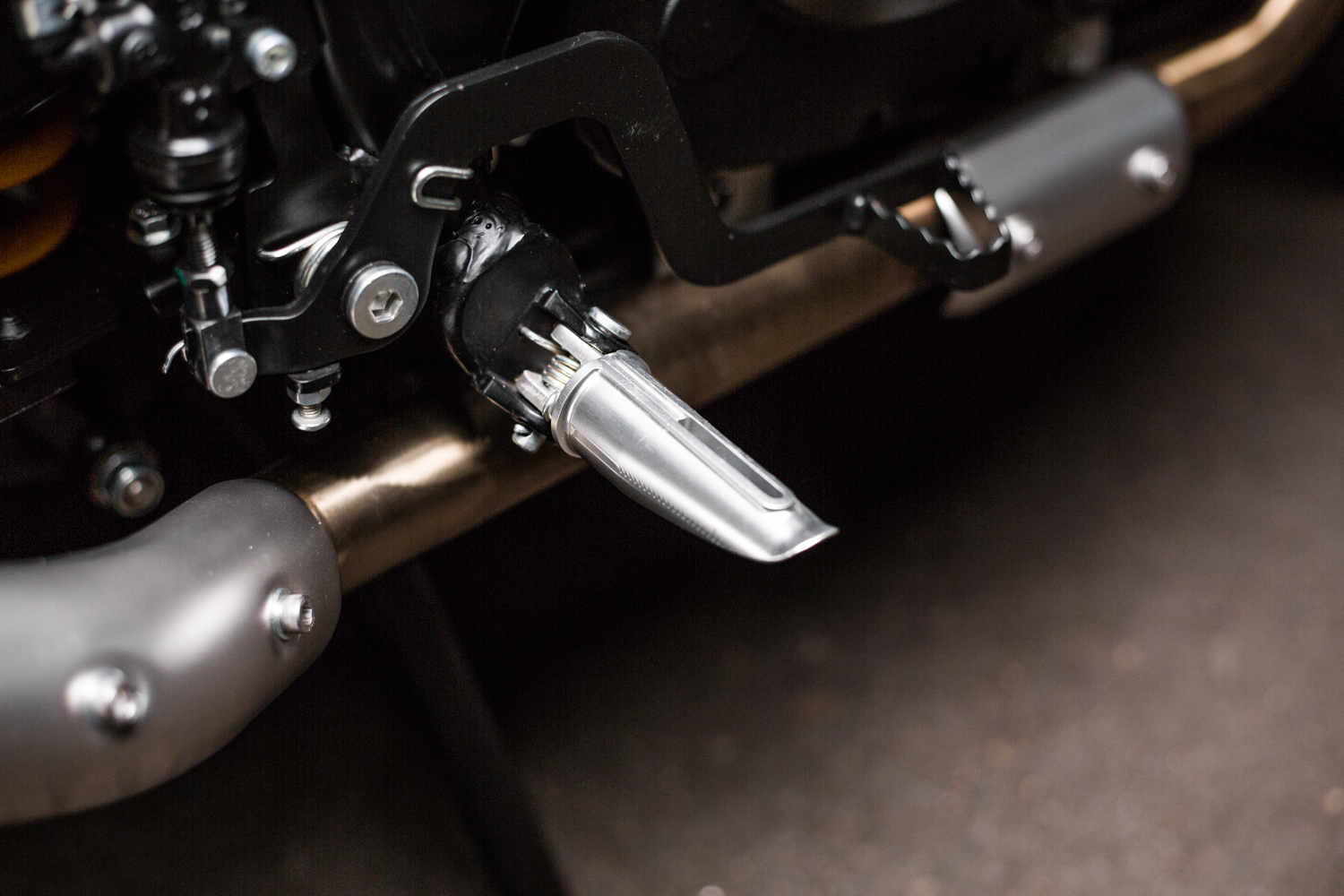 Thrive also threw a bunch of their own T/H/R/V catalog parts at the build. The LED turn signals, handlebars, foot pegs and stainless steel exhaust muffler are all proprietary 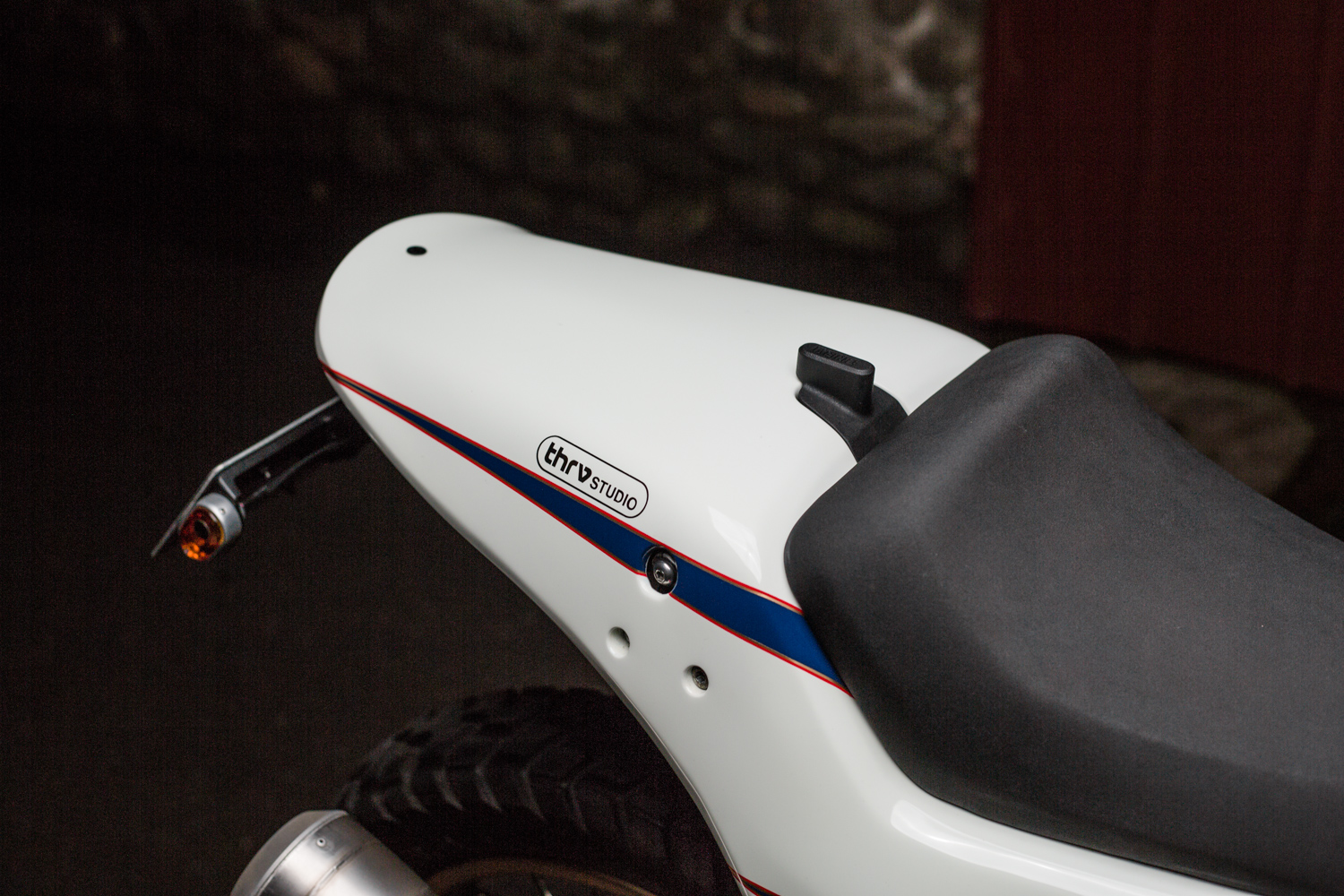 Thrive splashed Rothmans blue graphics onto the bike, flanked by gold and red pin stripes. Then they finished bits like the rims, top yoke and handlebar risers in gold, giving the bike a proper throwback rally vibe