The guys from Suryanation Motorland approached Thrive Workshop with the idea of a contest called ‘Wheels of Inspiration’. Entrants would write a story about their biggest dream bike, and the winner would be picked by Thrive, the local magazine GasTank, and the custom shop Lemb Inc. Thrive suggested a theme of Sprint Racing to the organizers. In Indonesia there are a lot of 1/8-mile street races, held illegally on main streets from midnight until the sun rises. It happens in many major cities, which means a huge number of potential fans. Thrive admire the racers’ courage and enthusiasm, using creativity that exceeds the budget.

Thrive took the winner story from Adhi Saputra who idolize Burt Munro since he was at school and dream alot about salt lake speedway. Digging into the history of the speedway, Thrive then came up with an idea of double up small cylinder of two stroke engine. There are some workshop put more pistons into one engine, but never seen two small cylinder engine into one frame.

"Thrive has a reputation for being one of the world’s most inventive builders, but this twin-engined Ninja takes things to a whole new level. It might not be as fast as ‘Dubble Trubble’ and it’s unlikely to make it across the Pacific to the salt flats. But we reckon it’s going to cause a stir on the street racing scene in Jakarta" -BikeExif 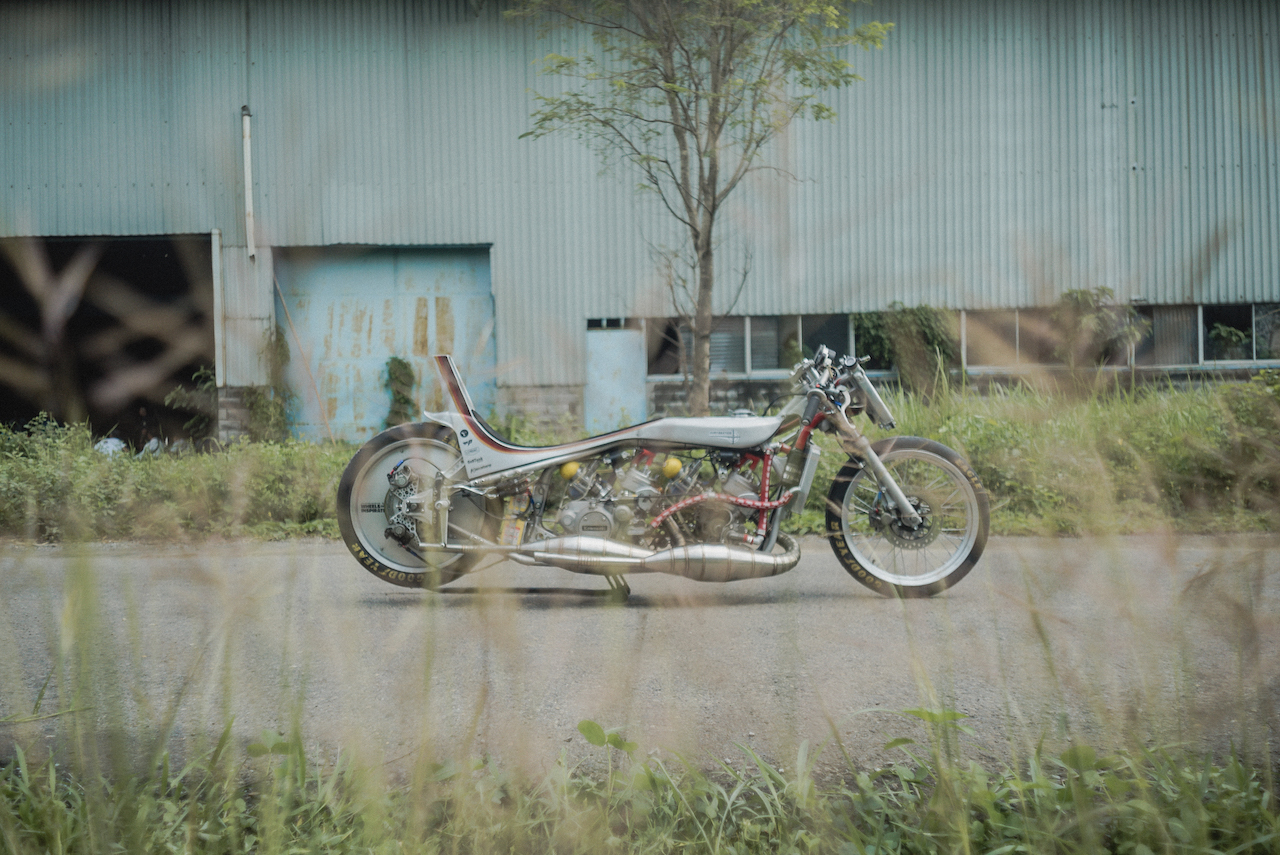 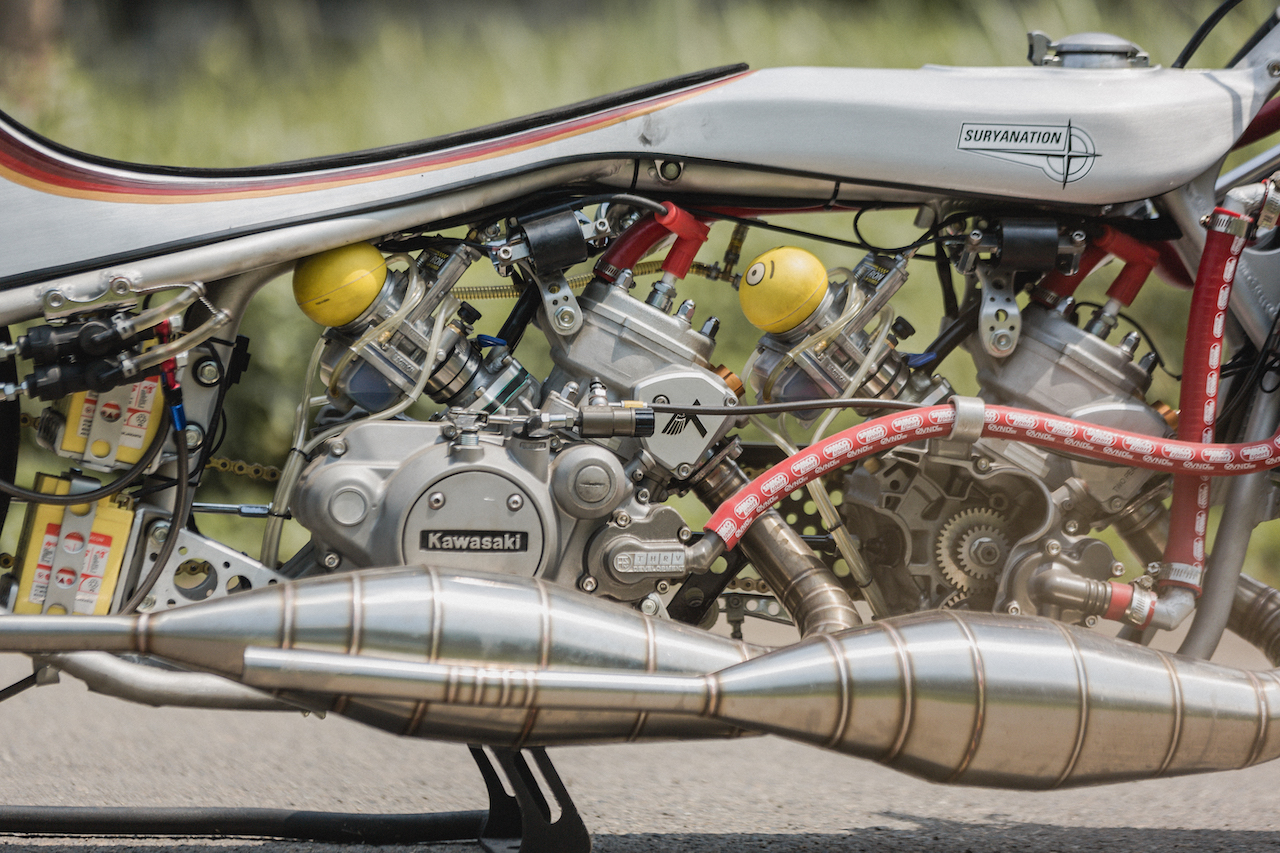 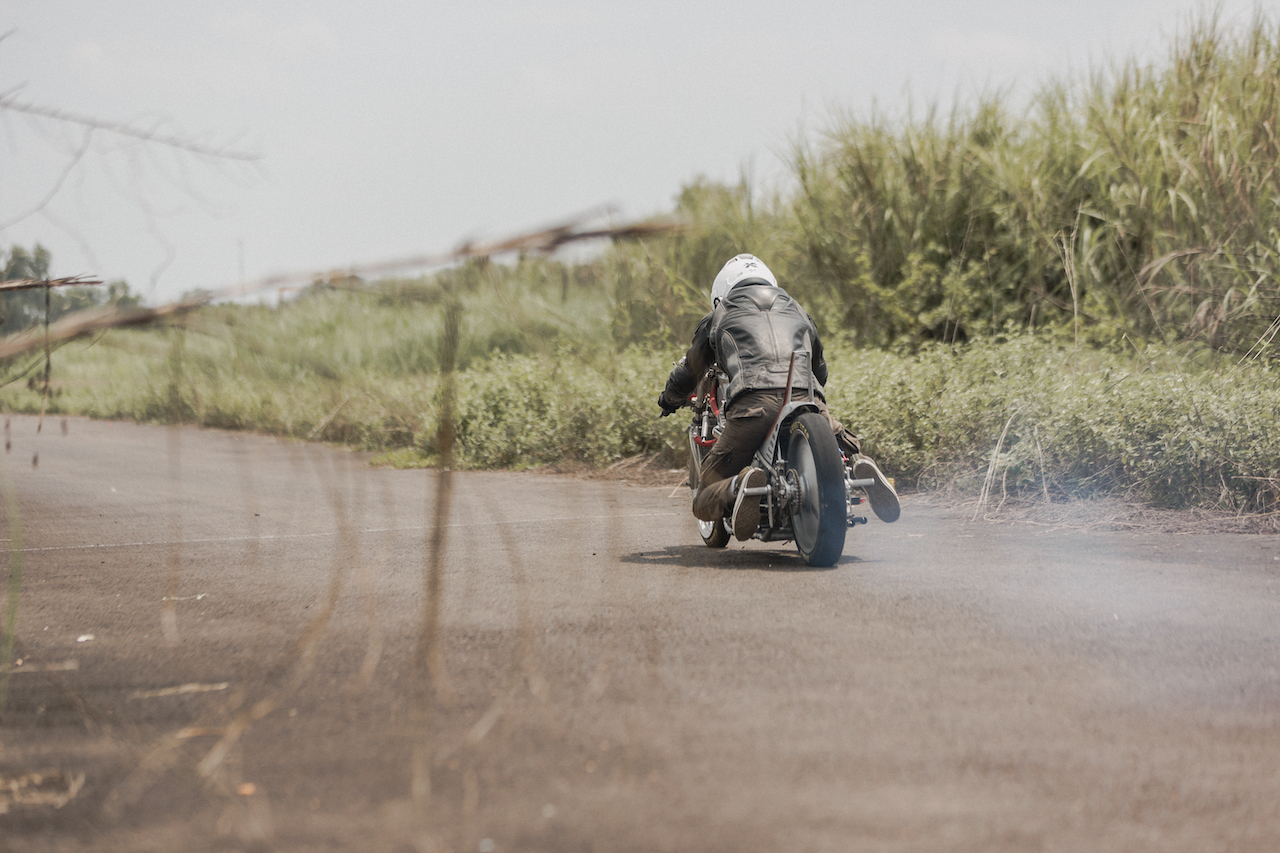 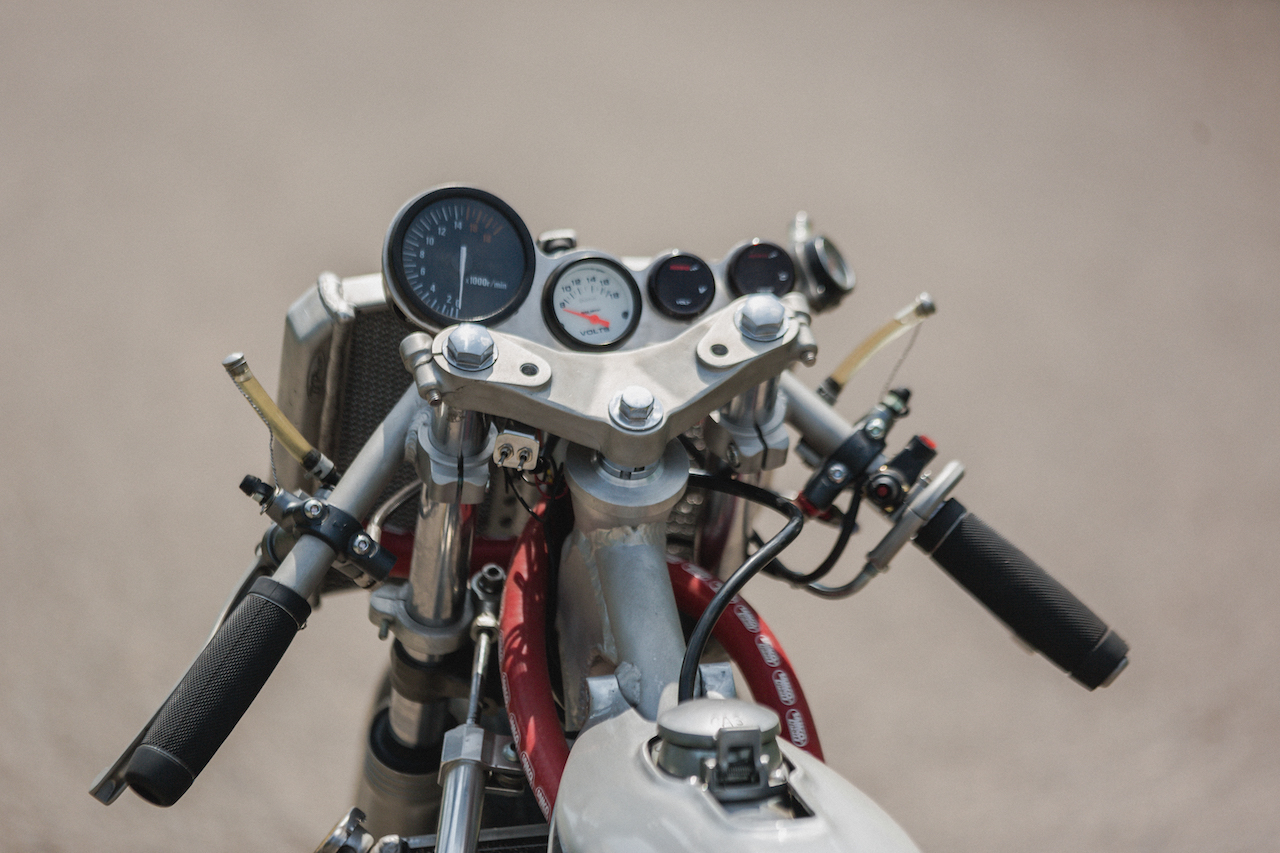 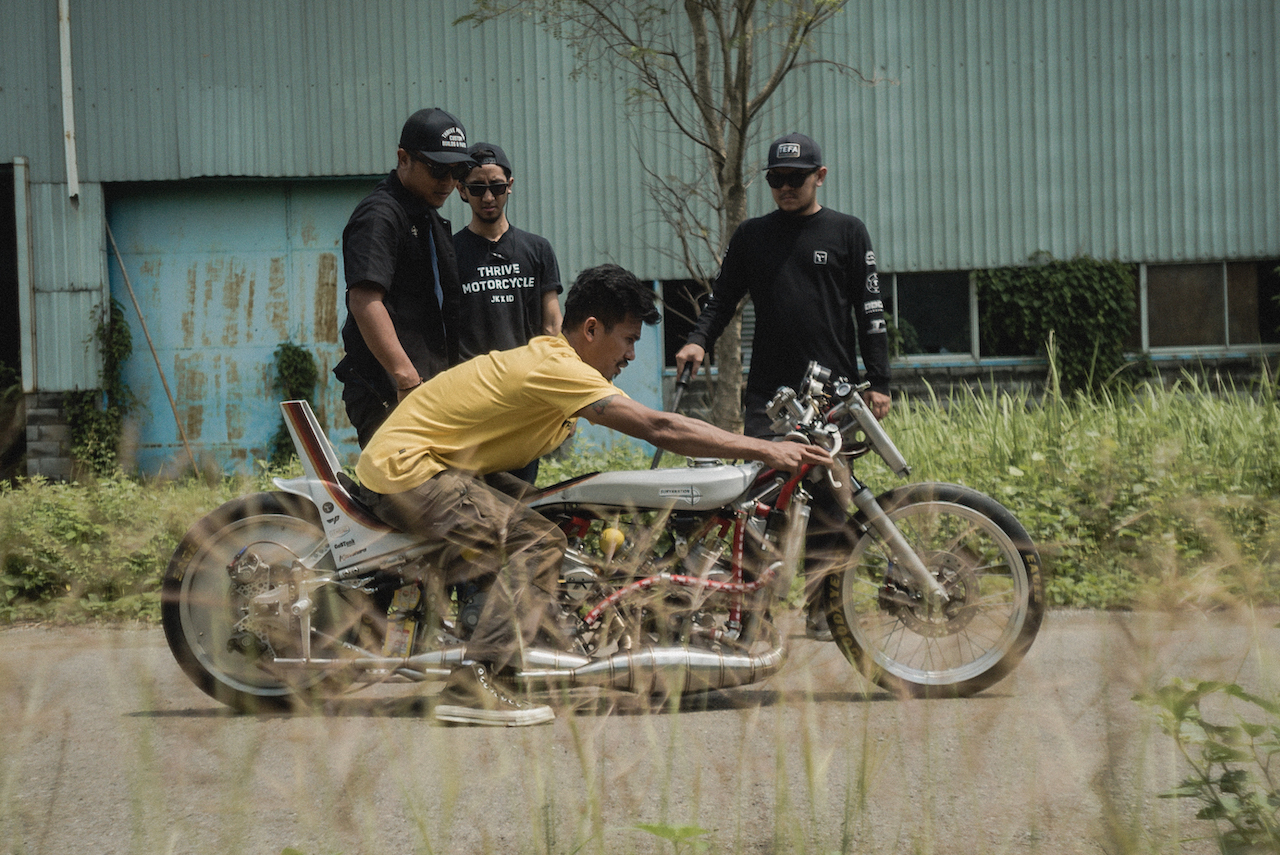 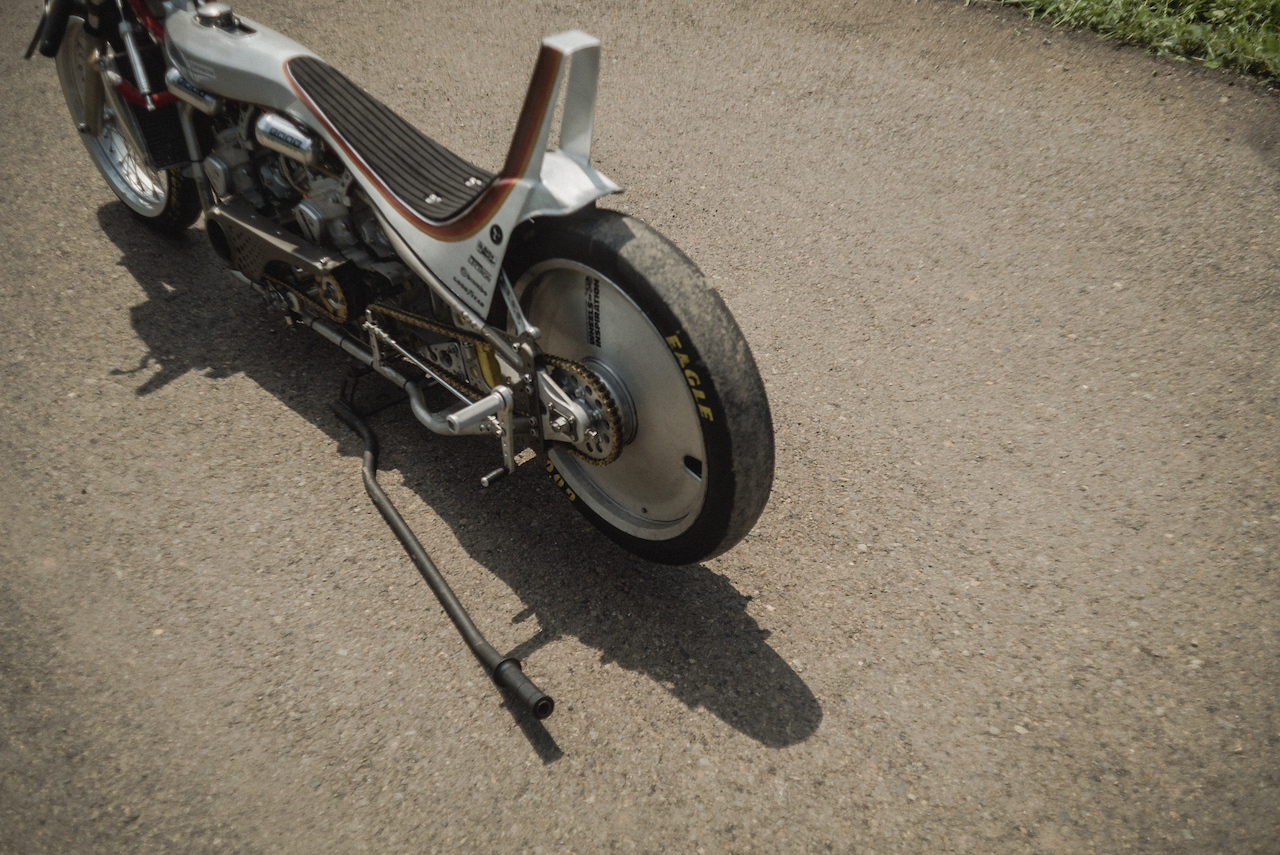 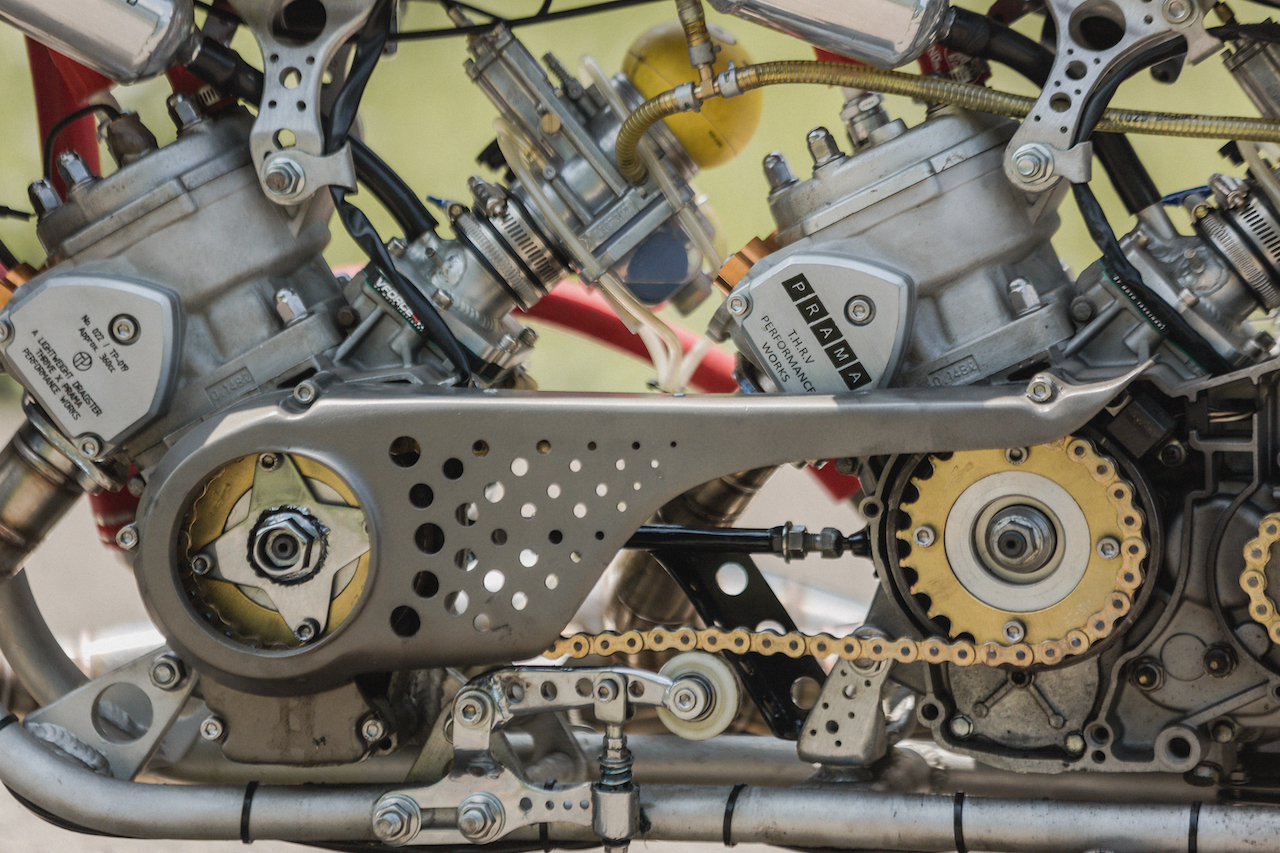 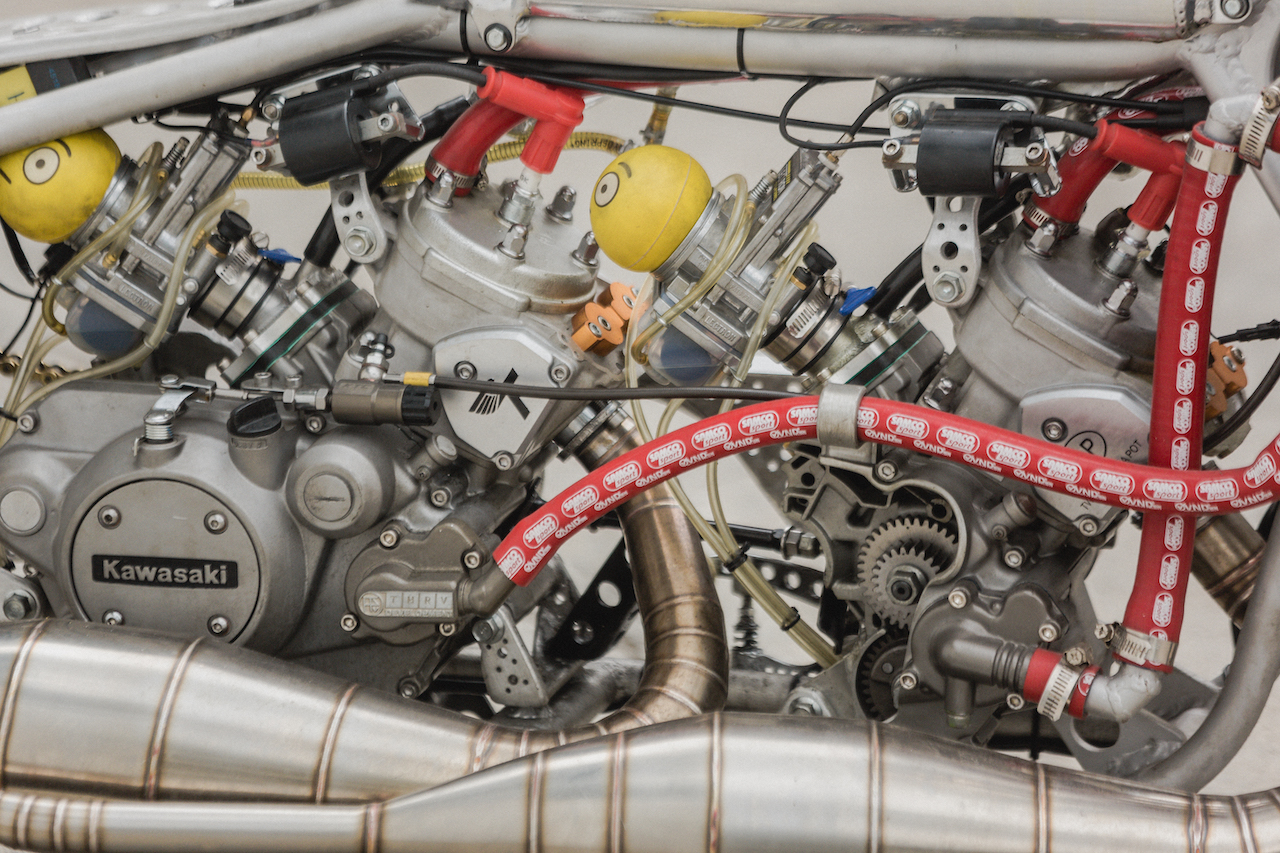 The perky 30 horsepower two-stoke 150RR motor went off to ace tuner and engine building, Yosef Gumilar of Prama Motoworks. And he successfully created the most unlikely twin-engine setup, with heavy mods to the ignition, 270 degree racing crankshafts, a lightened flywheel and a quick-shifter and few more secret things going on that Thrive can’t tell. All that work makes a bangin’ short range cruise missile 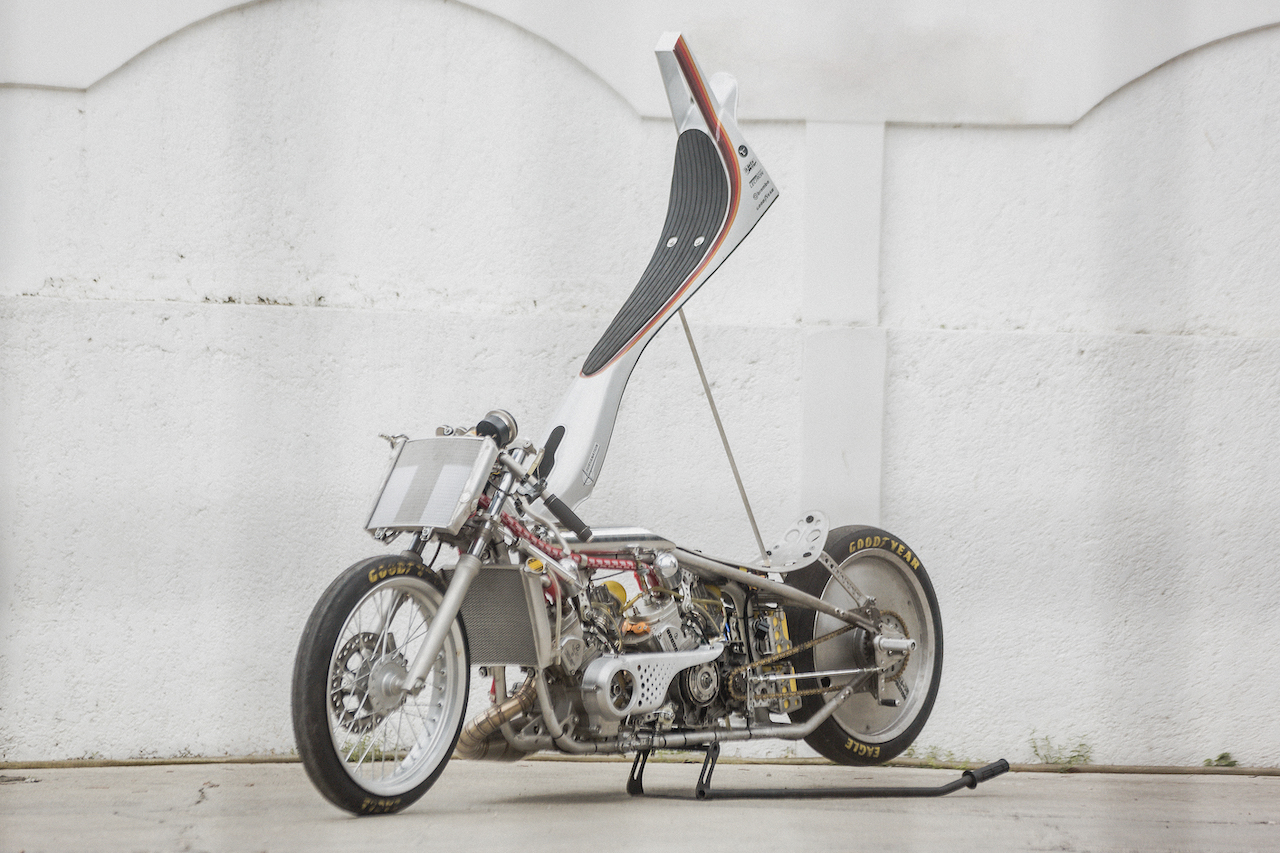 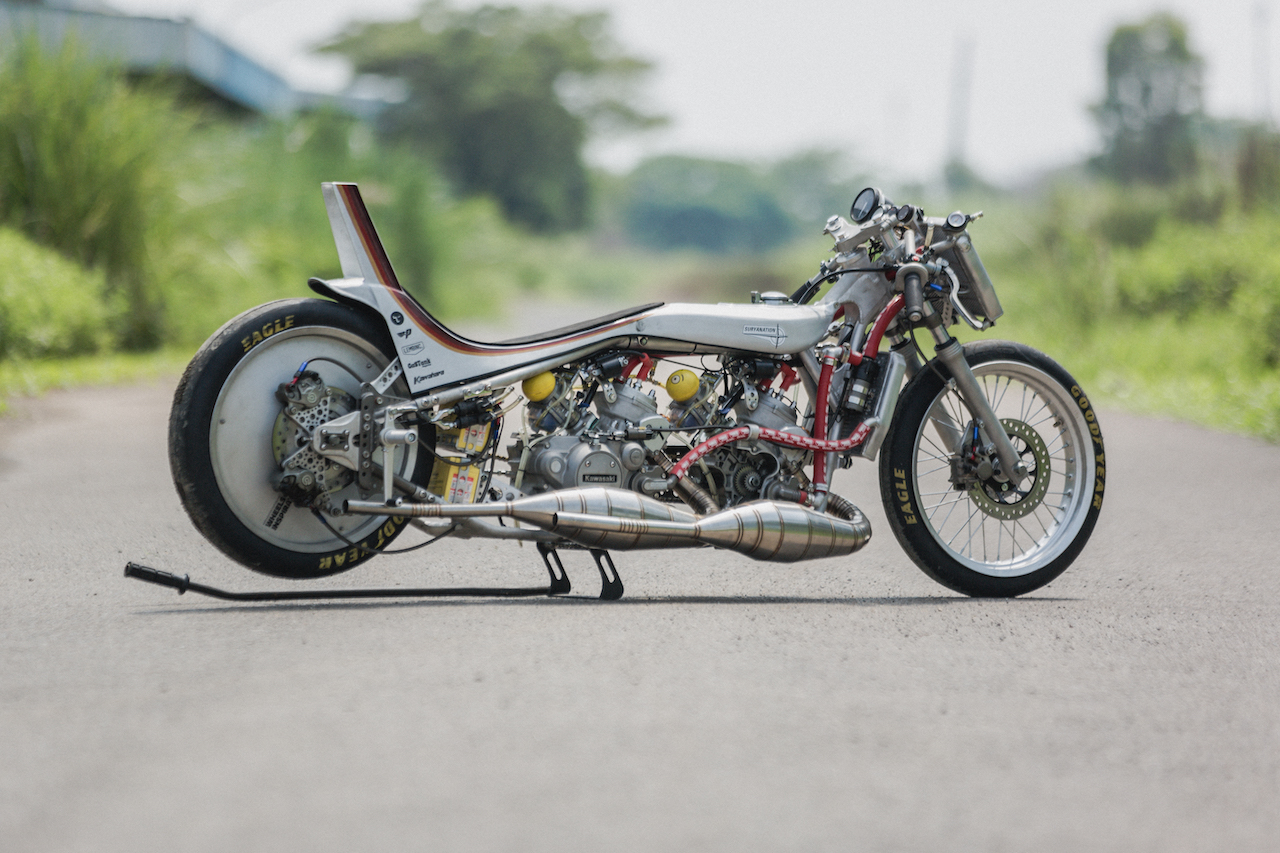 The new frame was built with aluminum tube, following cues from old-school drag bikes, and using Thrive’s first custom frame jig. The idea was to create something light—for the best power to weight ratio. And staying low, to reduce wheelies off the line. It’s 168 centimeters (66 inches) from center wheel to wheel, only 6.5 cm from the ground, and 60 cm at the highest point. It was designed and built the old-fashioned way, The Hardest Way. 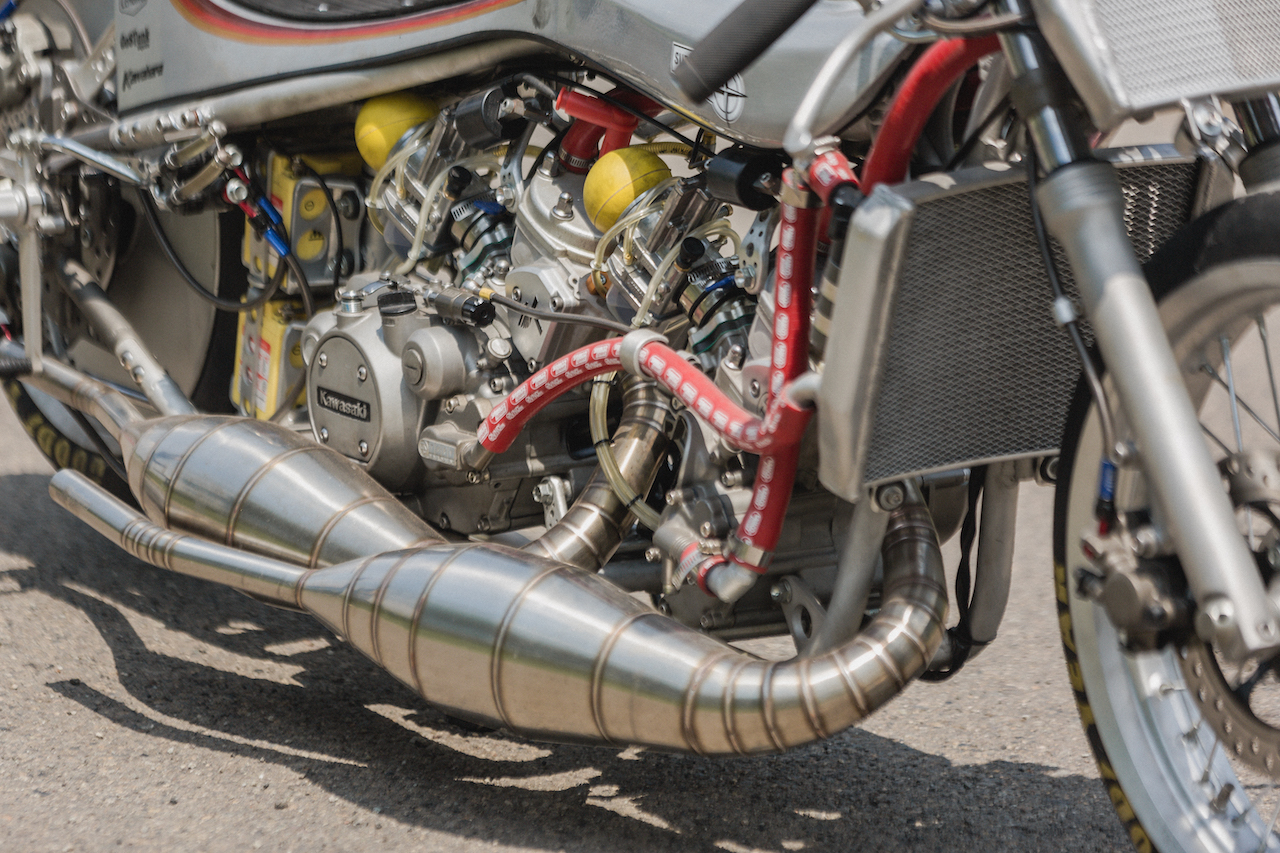 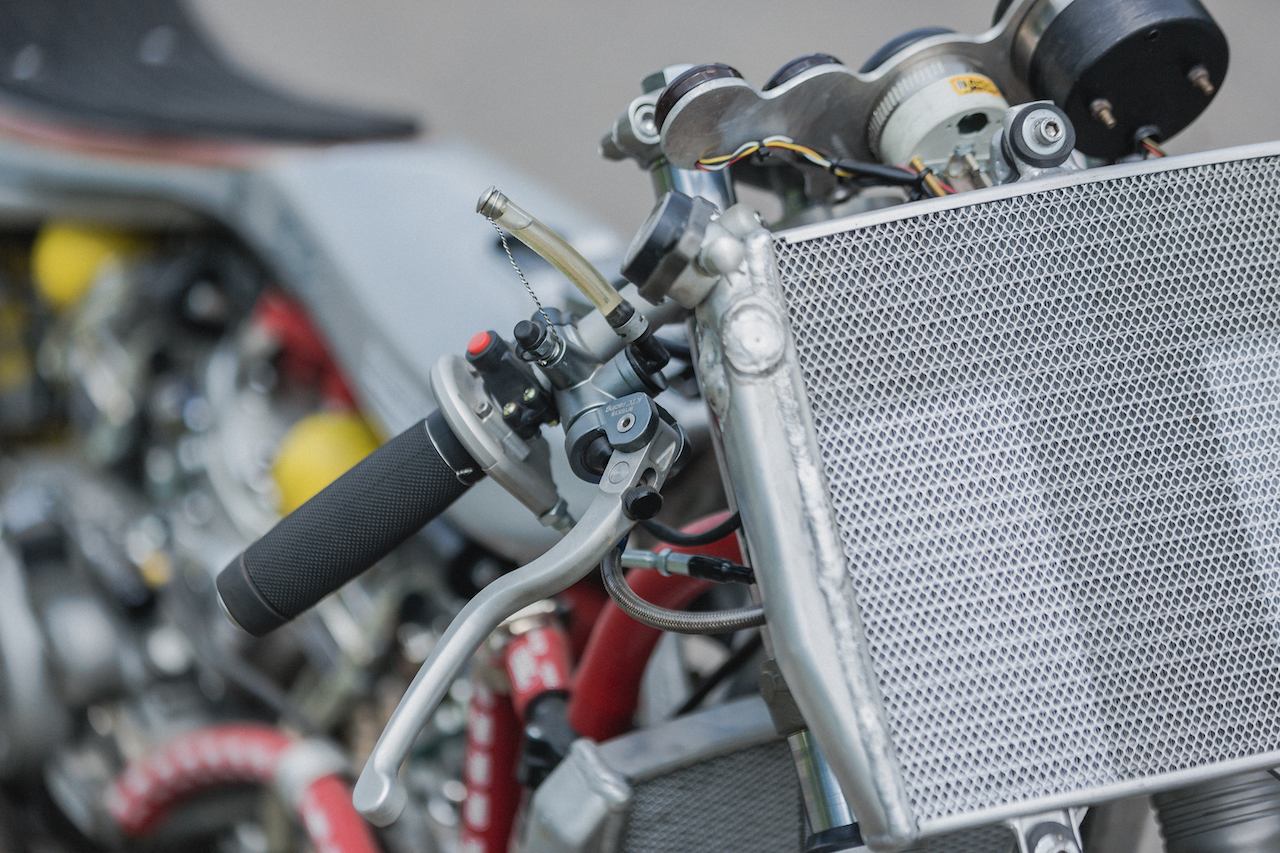 Thrive also carefully place the radiator for each engine which can accommodate its performance and looks at the same time. For the Exhaust, Kawahara join forces to calculate the best pipe ratio to deliver the power at it’s finest. 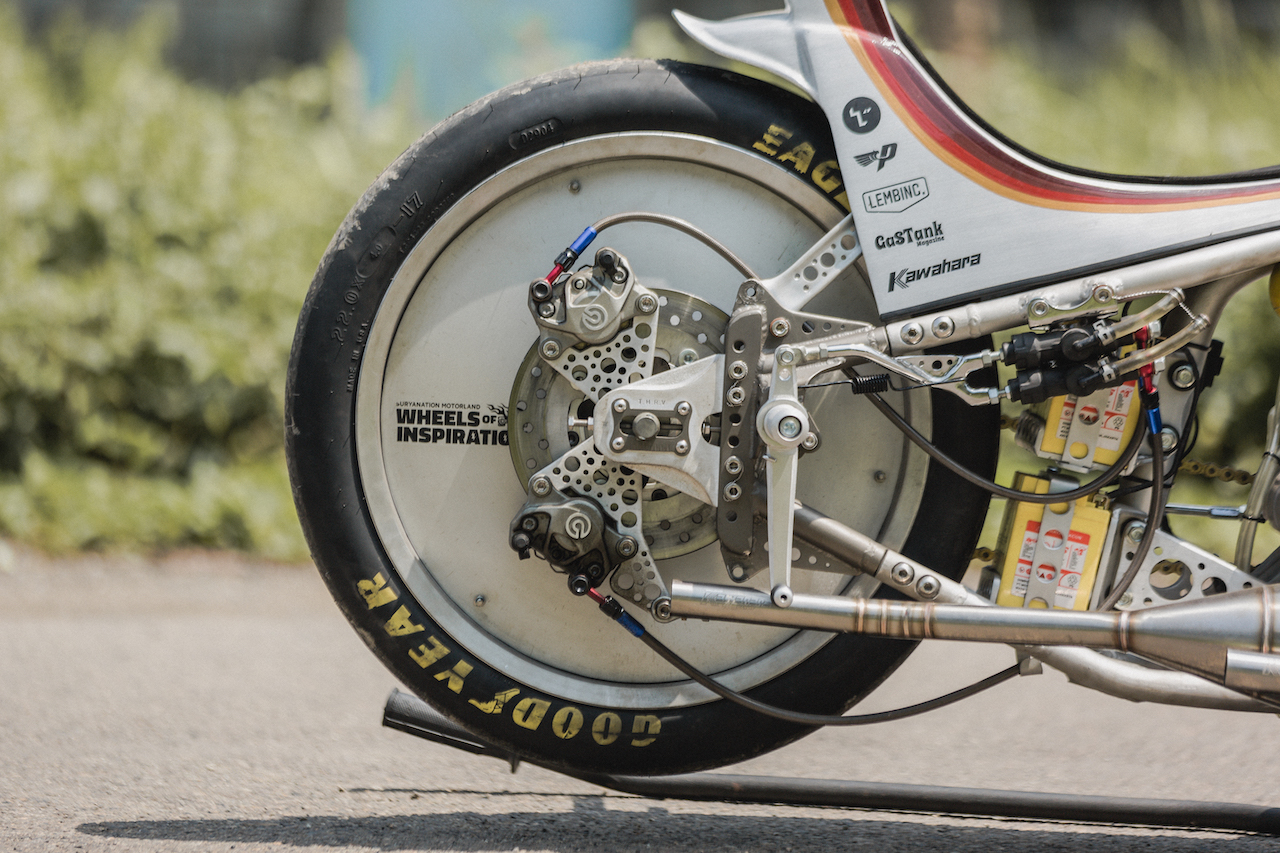 On the supporting components Thrive using double caliper from Brembo for the rear stopping power and they also called out Lectron to order some specific carburetor for this twin engine specification.